All four Christmas Kisses Books are available through

​​Confused city girl Mel responds to her mother’s request, at a drop of a hat, and flies to Spain to house sit for her aunt. With visions of lazy days on the beach, she barely considers, why her mother cannot go? And why her aunts needs a house-sitter for a bungalow on the beach?
Her journey takes forever, consequently on arrival Mel missed the organized lift from her aunt. With jetlag, the lack of the Spanish language and having no knowledge of geography of Spain, all she has is her aunt’s address, a headache and an overwhelming urge to sleep as she struggles to cope with completing the journey.  Enter the extremely handsome and chivalrous Spanish passenger who was seated next to her on her flight, help her out, even though he only speaks Spanish, so Mel has no idea what he is talking about. But hey, you can’t turn away a great looking man in your hour of need!

Five years ago, Billie left her small town home for the bright lights of New York City, determined to spread her wings and fly. Her biggest disappointment was that Leroy, the love of her life, didn’t follow. Pride stopped them from contacting each other, allowing too much time to pass.
Eventually returning home to help out her family, Billie is catching up with friends and family as Christmas nears when she runs into Leroy. Shocked to see how much he’s changed, she discovers the real reason he’d couldn’t accompany her to the east.
Has five years apart untangled their hearts? Or does it just need the magic of Christmas and The Deuce to bring them back together?

​A Cop, a Cat and a Magical Kiss
What more do you need for a great Christmas story? 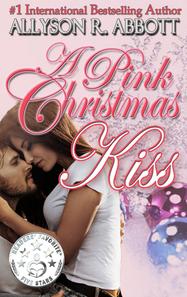 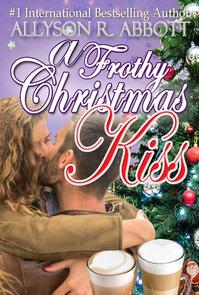 ​A Cozy Cafe, A Cup of Coffee and a Crazy Cat?

​Emma Louise Fallon, aka Elf, is stranded alone in a cold isolated cabin, when her girlfriend is forced to bail out on their vacation plans. The solo rustic life is becoming all too much for her. She's convinced that a stray cat, who has decided to keep her company, has magical powers, that the local shop owners are secretly Mr. and Mrs. Claus, and nothing can stop her from laughing when the hot local Martian -come cop - come veterinarian - introduces himself as Rudi.

Finding Lemons, Language and Love.  A fun Christmas getaway that turns into a work camp

There's something so special about a Christmas Kiss.
And when it's your first?
Never underestimate the power of that kiss!

about her latest boyfriend, who's turned out to be a womanizing cheat, one, she needs to escape her

well-meaning family, and, two, she needs to avoid all men while she's in a man-hating mode.

But stranded alone in a cold isolated cabin, when her girlfriend is forced to bail out on their vacation

plans, Elf makes one more desperate wish: Can she please learn how to build a fire before she freezes

The solo rustic life is becoming all too much for her. She's convinced that a stray cat, who has decided

to keep her company, has magical powers, that the local shop owners are secretly Mr. and Mrs. Claus,

introduces himself as Rudi.

Will Elf need to break her rule about staying away from men, and rely on this hunk for helping her

start a fire? Or, worse, yet, will she be able to control the fire that Rudi's ignited in her?

Seventeen-year-old Jason Matthews made a wish when he'd shared a kiss with Katherine Conlin under the mistletoe at Dragonfly Pointe fourteen years ago. Now an Air Force Captain and wounded warrior, he awakens in the hospital in Germany where his dreams have been invaded by the girl from his past.

Once he returns home to the states, he finds out approaching Kat might be a little more difficult than he'd thought since she's been in a long term relationship for nearly two years. But another year later, when Jason discovers she's on her way to the Dragonfly Pointe Inn for the Christmas holidays without her boyfriend, he seizes the opportunity to be reacquainted. Kat had been expecting a proposal this Christmas, and when her boyfriend backs out yet again on the carefully laid plans she's made for them, she realizes she probably wouldn't have been happy with him anyway.

Kat has often wondered what happened to Jason Matthews, the boy she'd made a wish with years ago, and the last thing she expects is to run into him again at the Dragonfly Pointe Inn.

Will there still be that special Christmas magic between them to make those long ago wishes come true?

A Small Town Romance, A Long Lost Love and Engine Grease under your Nails!​
What more do you need for a great Christmas story?

Kat loves all things coffee and can’t believe her luck when she finds a new coffee shop offering a fantastic range of blended flavors; especially as the owner Dan, is extremely handsome.
Just as she allows herself the luxury of lusting after a man, she learns he has to rush home to babysit. Not wanting to admit her eagerness, Kat now tries to backtrack, but can’t understand why Dan seems to be flirting with her. To add to her troubles, he offers her a dream job she can’t turn down, to work in his coffee shop. As Christmas nears she struggles to control her desire for Dan, to keep Spencer (an ex-boyfriend) at a distance, and her strength to appease her demanding father.
Will Christmas see a happy ever after? Or will Kat spend her first Christmas alone as she tries to keep the peace with everyone?  Come on...this is a Christmas story, of course it has a happy ending 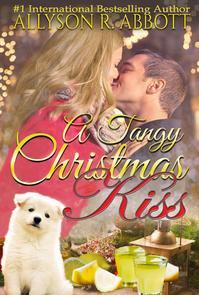 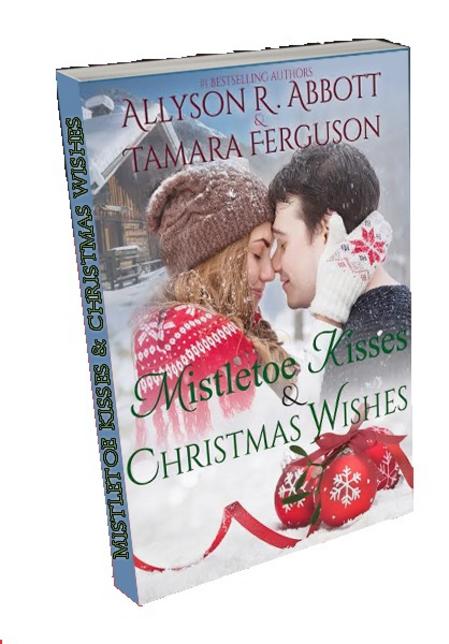 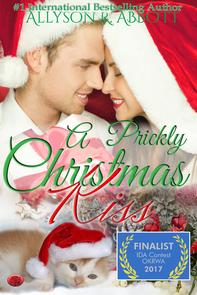