tis the season to be jolly...

A surprisingly hot  and most enjoyable read. Totally unexpected.

​​Jill and Tom have different ideas about costumes. Jill. Being in charge knows exactly what Tom will or not be wearing, but she wonders again if their secret life is bubbling to the surface. Confiding with her best friend Bev, Jill is also wondering what the other side of the slave world would be like as Bev fills her in on her own new bedroom activities. Jill’s sexual appetite just seems to grow, rather than be diminished by this new onslaught of sexual games.
Having been married for twenty years, she knows her and Tom are a solid couple, and the last eleven months have confirmed their love and trust in each other, but Jill is wondering where the line of respectability is and whether their friends will be shocked when they arrive at the party. Is there a step too far? Will Tom accept his costume and role in front of people they know?          Will Jill be able to hold it all together and pull of the acting role of her life? 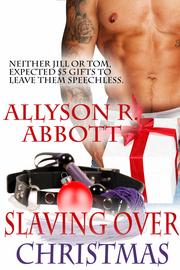 Jill's tools of her trade

romance is in the air...

But how far would Tom go to keep Jill happy? Their marriage had strengthened amid their new sexual awakenings
Since Christmas Jill has accepted her elevated status to mistress; which surprised them both. Taking the new responsibility in her stride, and dishing out punishment  (or her own rewards) without hesitation. Now she was ‘Mistress’ and the title suited her, while it also reminded Tom that she was in charge.
Tom had been completely amazed at how being a slave could somehow renew his failing sex drive while also turn him into a quivering wreck. The idea of being at the mercy of a woman had occasionally popped into his head, especially when his male ego was at its lowest, although he never dreamt he would be a slave. Strangely though, being a slave turned out to be the most sexually liberating experience he’d ever encountered. He was long past being self-conscious about wearing a thong and apron. For him, wearing them was his sign of submission; he was Jill’s slave. It was his way of showing acceptance

Sexy and hot fiction for women and men to enjoy

This was a fun series for me to write. I had no idea where I was going with this story when I started writing about Jill and Tom. I was surprised to discover there is a whole new world and lots of information out there about FemDom, it is a lot more popular and prevelant than I had ever realised. I just want to make sure my readers know that this story is fiction and if they intend to experiment with a mistress slave world, please make sure you have a safe word to keep the situation in hand....or under foot:)   Good luck Allyson

So hot you need ice. Great Party and car park scenes. I hope there is another one in the series 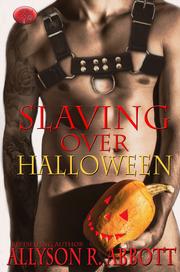 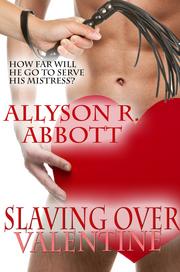 The greatest Christmas gift a couple can have is to be wrapped up in each other...but maybe there are other options!
Although happily married Jill and Tom’s are in a rut after twenty years, and this year with Tom losing his job and money is tight things are different. They find themselves celebrating the holiday alone which allows them the perfect opportunity to stir the fires of passion and rekindle the flame of desire.  Even flames they didn't know they had.
When the couple opens their $5 presents to each other, they get more surprises than they expected. Jill discovers a new side to herself. And Tom’s now on her naughty list, but he finds Jill’s new found dominant attitude better than he espected.
With their pent up desires no longer under wraps, will Jill and Tom finally get everything they want for Christmas?